Virunga National park was gazette in 1925 ad is one of the oldest national park to be established in the African continent and later in 1979, the park became a UNESCO world heritage site to protect the mountain gorillas that were at the period of extinction in the wild due to poaching, hunting, and wars. Virunga national park is situated within Virunga massif which is shared with other two national parks including Volcanoes national park and Mgahinga National park. It harbors different species of fauna and flora ranging from Physical features such as Lake Edward, Volcanic Mountains, and Rivers among others. The park also is home to several Primate Species, Mammals species, Bird species, and different plant species. The park is situated in the Eastern part of Democratic Republic of Congo and is the only park that harbors the endangered mountain gorillas in DRC. The similar species of mountain Gorillas are found in Rwanda with in Volcanoes National Park and in Uganda within two national parks of Bwindi Impenetrable national park and Mgahinga Gorillas national park. Virunga national park covers a landscape of 7,800km2 and is strategically situated within the Albertine rift bordering two nations that is Uganda and Rwanda. 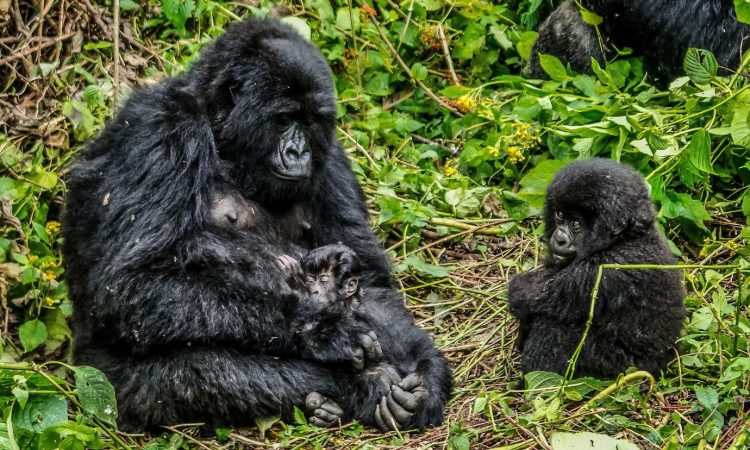 Attractions in Virunga National Park: The park being the oldest national park in Africa probably has lots of tourist attractions that attract several travelers from different parts of the world to visit Africa especially this oldest park. The attraction that can never be missed throughout a safari to DRC especially in Virunga national park include;

Activities Virunga national park:  there are several activities enjoyed by travelers on an African safari especially to the eastern part of DRC in the park. These activities can be done either by individuals or as a group in order to have a fun filled experience while on a safari as elaborated below;

Conclusion: Being the oldest national park in DRC and Africa at large, the park has attracted several tourists to take park in the different park activities. Also considering the fact that it DRC offers cheap gorilla permits, this has yet helped the park to attract several visitors in order to enjoy the discounted permits especially during low seasons. Finally, Virunga National park has a well-maintained security available to protect both the travelers and the wildlife from any harm unlike in the past where the country was full of political instabilities and ways. Travelers in Virunga national park are always safe and protected by the convoy from the time of Entry into the park till they Exit.

Our customer support team is here to answer your questions. Ask us anything!
👋 Hello, I am here to help you
Chat with Us